Estimating the value of an inflation-capped pension from market data 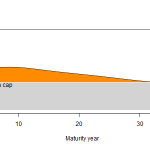 The University Superannuation Scheme (USS) is planning to introduce a cap of 2.5% for inflation adjustments to its members’ accrued pensions. The effect of this cap is to increase new accrued pension benefits in line with official consumer prices (CPI) but only up to 2.5% per year. If inflation runs...Read More

Inflating away your pension — 2021 update 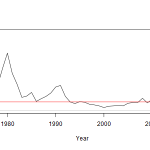 This is an update to my earlier estimate of the effects of an inflation cap on USS pensions.

I have added the two most recent years of CPI data and extended the time series of inflation by added earlier years from 1971, the year of the Nixon shock and the...Read More

Tax simplification or entrepreneurship tax? Founders vs investors in the OTS report

The recent report by the Office of Tax Simplification (OTS)[i] recommends a range of policy adjustments to simplify the administration of the capital gains tax (CGT) and remove biases and distortions of behaviours.[ii] One of the recommendations suggests to align CGT and income tax (recommendation 1), in particular...Read More

Inflating away your pension 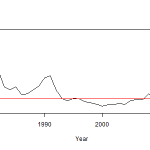 As a result of their negotitations on the future of UK university pensions, which I have written about previously, the University and College Union (UCU) and employers represented by Universities UK (UUK) announced an agreement on 12 March 2018. The main points of the agreement are: 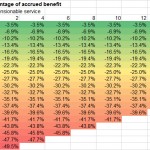 The scheme proposed to replace the Universities Superannuation Scheme’s (USS) final salary section ignores career progression and other salary increases. This will lead to substantial wealth transfers from current members of the final salary section to other USS members. Under the proposed rules, the option for final-salary members to receive a pension based on a future pensionable salary will be removed retroactively, which reduces the value of those members’ accrued benefits. Read More